Dr. Lamielle grew up in Jackson Township as the oldest of three siblings.  He graduated from Jackson High School, and completed his undergraduate education at The Ohio State University in 1995.  He went on to graduate from The Ohio State University College of Dentistry in 1999.  He resides in Stark County with his loving wife and 4 children.  In his free time he enjoys playing golf and coaching soccer for Jackson High School.  He also enjoys hunting (i.e. sleeping in the woods).  Dr. Lamielle has many talents and accomplishments including, but not limited to:  super-fast typer, runner, and very good doodler.  He can eat 20 atomic wings at Quaker Steak and Lube, hold his breath for 20 seconds, and knockout 20 pushups without breaking a sweat.  With that being said he thinks a career in modeling could be in his future!  He prides himself on being a generous tipper and an impekable spellar.  When 4 out of 5 dentists are interviewed he is the 5th dentist, except that he thinks no one listens to his opinions, especially his wife and kids!  Dr. Lamielle’s humor and sarcastic wit make for an enjoyable working atmosphere.    . 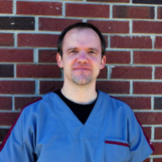 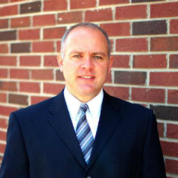 Dr. Stanich grew up in Barberton, Ohio as the youngest of five siblings.  He graduated from the University of Akron in 1994 where he received a Bachelor of Arts degree in classical civilizations with a minor in anthropology.  He then graduated from the Ohio State University College of Dentistry in 1999.  He is currently a lieutenant colonel in The United States Air Force/Ohio National Guard where he has served at the Mansfield military base since 2001.  Dr. Stanich enjoys hunting, fishing, camping and spending time with his wife, three kids, and friends.  He also enjoys watching the Cavs, Indians, Buckeyes, and even the Browns!  Dr. Stanich is thankful for a wonderful staff and the opportunity to serve the community. 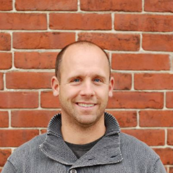 Dr. Brent C Bach DDS
​​Dr. Bach grew up in Massillon, Ohio as the youngest of six siblings.  He graduated from Massillon Washington High School, and went on to earn his Bachelor of Arts degree from Miami University.  Dr. Bach graduated from The Ohio State University College of Dentistry in 1999.  In 2001, he started his own practice, but teamed up with Dr. Lamielle and Dr. Stanich in 2004 when they began making plans to start Buckeye Dental Group.  He said some days it feels like yesterday when it all began, and other days it feels like 100 years ago!  Dr. Bach spends most of his time with his two beautiful children and supportive wife.  He enjoys walking at the park and riding his bike on the towpath, but most of all he enjoys reading books to his children.